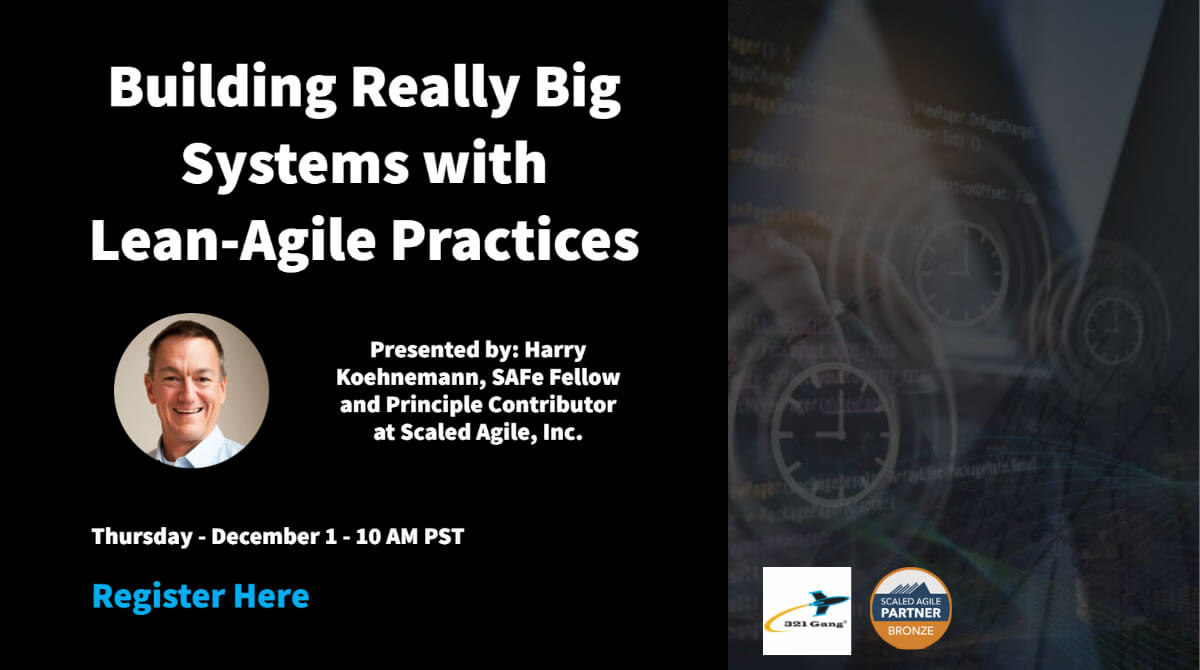 A few years ago, IBM introduced the concept of Global Configuration Management (GCM) to its Collaborative Lifecycle Management (CLM) suite of integrated tools. This was a game changer for requirements management. It was not only possible to put requirements under configuration management, but it was possible to save collections of corresponding requirement, test, workflow, source, and model artifacts in a single configuration.
During this presentation we will build the case for component-based requirements management, illustrate Global Configuration Management concepts, and focus on various Component Usage Patterns within the context of GCM 7.0.2 and IBM’s Engineering Lifecycle (ELM) suite of tools.
After registering, you will receive a confirmation email containing information about joining the webinar. 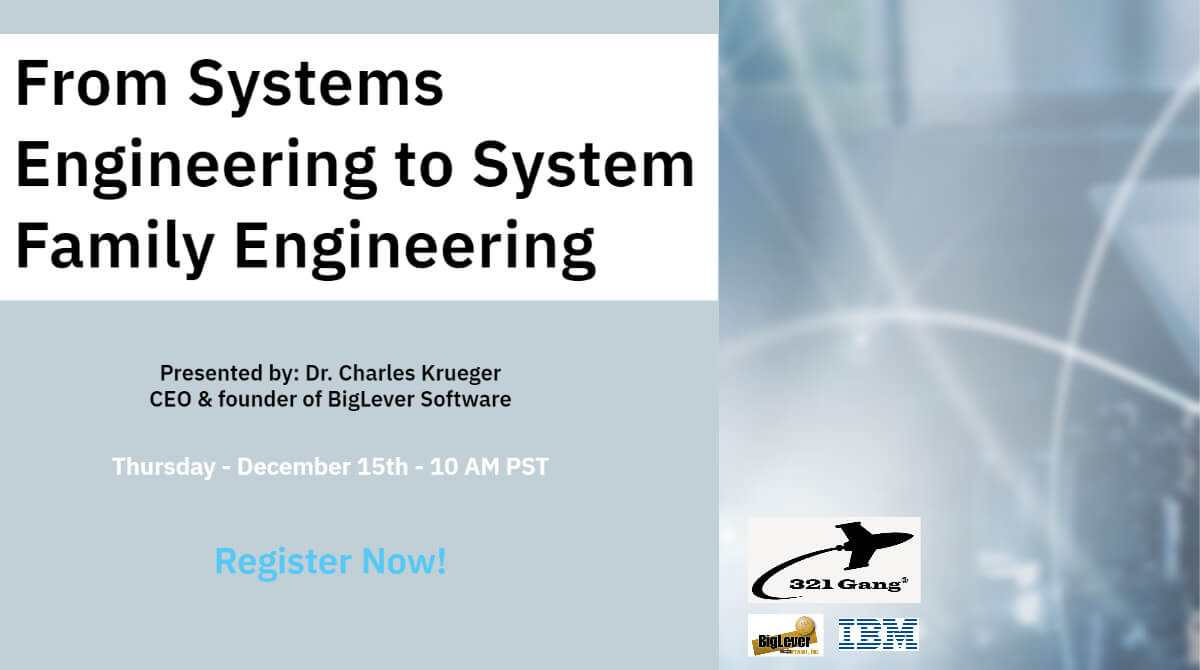 Virtually all systems engineering is performed in the context of a product line – a family
of similar systems with variations in features and functions. Hardly anyone builds just
one edition, just one flavor, just one point solution of anything. When presented with
this hypothesis, the initial reaction from systems engineers is often disagreement.
However, when pressed for examples where organizations build a complex system
without deriving from an existing similar system and without the intent of building
other similar systems, examples are not readily forthcoming.

Because of the inherent assumption in the system engineering community that systems
engineering is primarily a methodology for building a single system, systems
engineering methods and tools have traditionally focused on how to build the
individual point solutions within a family rather than how to engineer a system family
as a whole. This mismatch comes with significant risks. A recent study by the analyst
firm Tech-Clarity, involving surveys of nearly 200 company leaders engineering
products and systems, the number of product and system configurations is largely
viewed as the top and growing source of complexity, which results in one of their top
two business challenges. Engineering complexity slows progress and leads to defects,
errors, and omissions, which in turn leads to the business risks of delays, budget
overruns, recalls, system failures, and opportunity losses.

When systems in a system family are engineered as individual point solutions,
techniques such as clone-and-own, branch-and-merge, and reuse repositories result in
ever-growing duplicate and divergent engineering effort. Trying to manage the system
family commonality and variation among these individually engineered systems relies
on tribal knowledge and high bandwidth, error-prone interpersonal and document-
based communication among different subject matter experts. Furthermore, when each
engineering discipline adopts a different ad hoc technique for managing variations
among the members of the system family, the result is error prone dissonance when
trying to translate and communicate across the lifecycle. 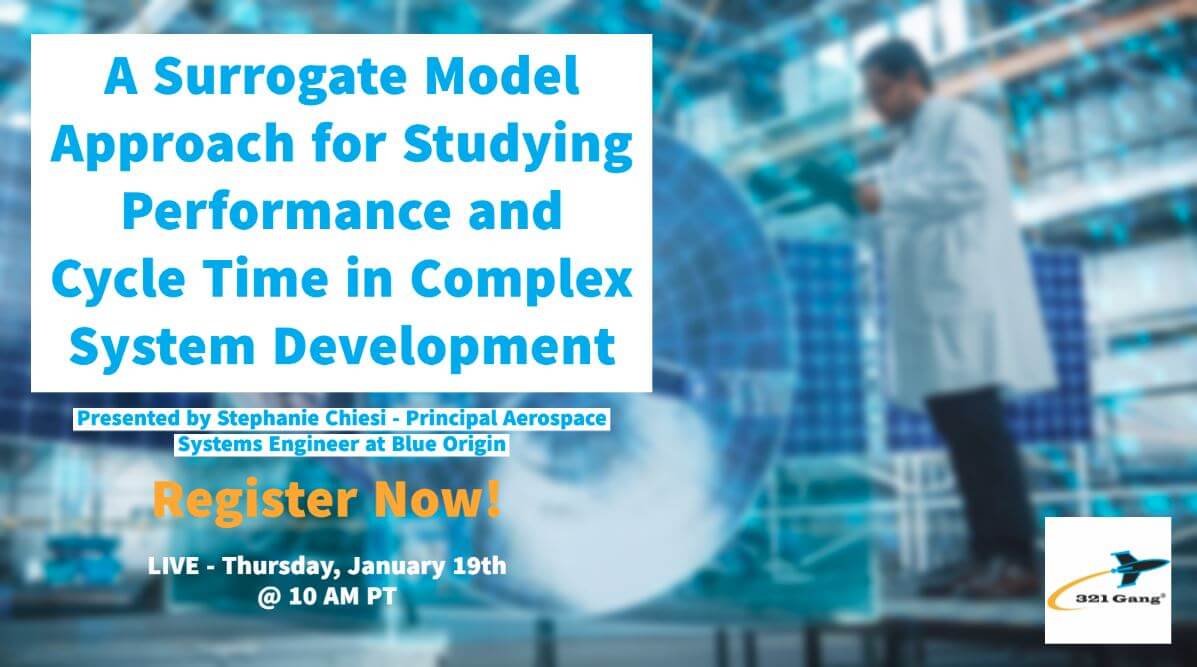 This webinar presents a surrogate model approach to advance fundamental research on understanding impacts of
engineering decision-making on complex system performance and system development cycle times. The approach is
motivated by digital transformation and advancement of the digital engineering strategy by the U.S. Department of
Defense as part of acquisition modernization. The digital engineering strategy focuses on five goals as a means to
reduce acquisition cycle times and increase capability deployment to the warfighter, but we lack the theory to
understand the impact of the digital transformation on engineering processes, decision- making and the solution
performance. The surrogate model approach discussed herein could provide a methodology for studying the impact of
digital engineering on solution performance and lifecycle development time on a wide class of design problems with
tunable complexity. 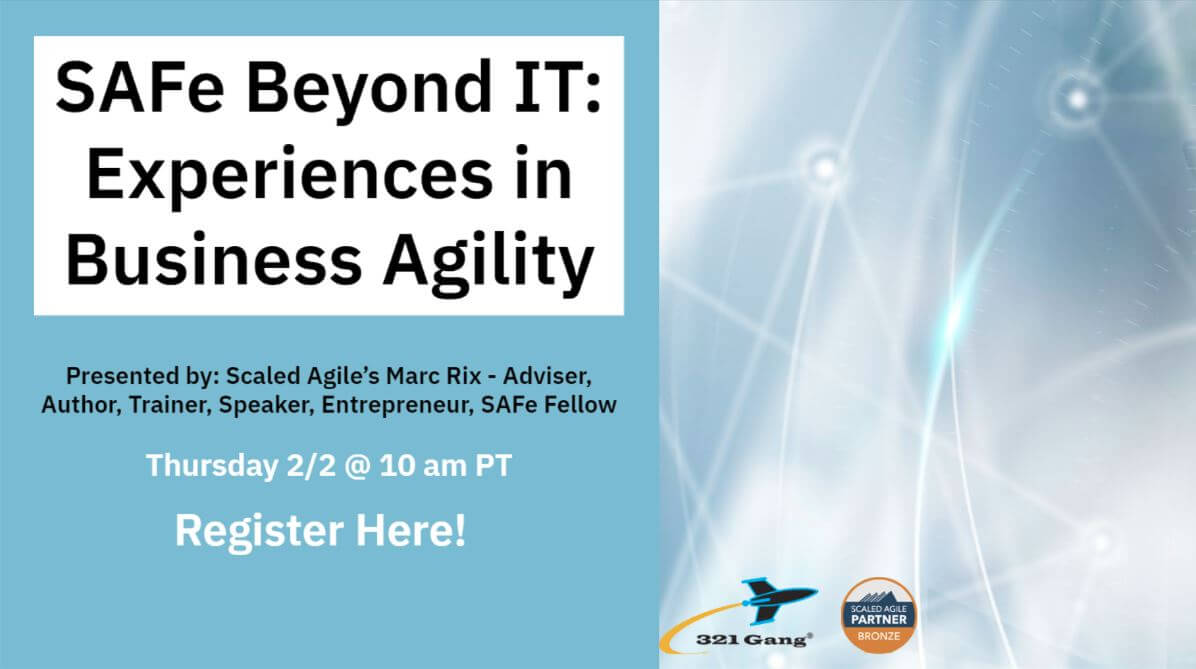 Business agility requires Lean-thinking people and agile teams throughout the enterprise but extending SAFe into areas beyond IT can be challenging. Based on recent research conducted by Scaled Agile, this session will reveal field-tested techniques for gaining buy-in and participation from Finance, HR, Marketing, Operations, and other major business functions.

Don't miss this opportunity to hear how others are cultivating SAFe beyond IT and building real business agility!

This website uses cookies to improve your experience while you navigate through the website. Out of these, the cookies that are categorized as necessary are stored on your browser as they are essential for the working of basic functionalities of the website. We also use third-party cookies that help us analyze and understand how you use this website. These cookies will be stored in your browser only with your consent. You also have the option to opt-out of these cookies. But opting out of some of these cookies may affect your browsing experience.
Necessary Always Enabled

Any cookies that may not be particularly necessary for the website to function and is used specifically to collect user personal data via analytics, ads, other embedded contents are termed as non-necessary cookies. It is mandatory to procure user consent prior to running these cookies on your website.